From special decorations and worship services to family feasts and gift-giving, you’ll find that holiday traditions around the world are more alike than you might imagine. However, each culture brings its own special spin to the holiday, which makes Christmas around the world a global celebration, indeed. 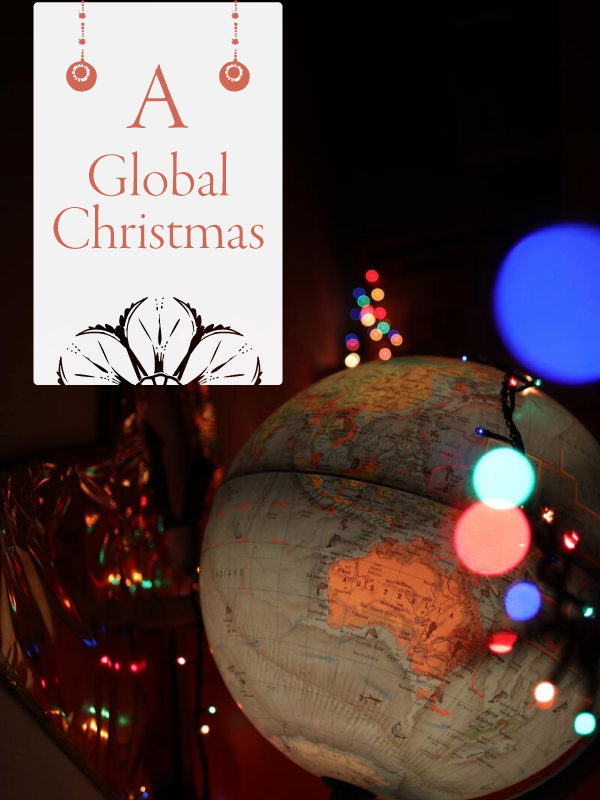 A global Christmas: celebrations around the world

We at Saffron Marigold absolutely adore learning about the nuances and traditions of different cultures. After all, each of our hand block printed collections found its source of inspiration in a global locale and is designed to bring you on a journey to that special place. With that in mind, let’s dive into some holiday traditions and celebrations from around the world–particularly a few places that have a special connection to our collections and design inspiration.

An Italian Christmas begins early in December with the feast of St. Nicholas. However, there isn’t any feasting on Christmas Eve day as this is a day of fasting. Italians enjoy a light fish dinner that evening before attending midnight mass. Once mass concludes, the celebrations begin in full swing. Of course, Babbo Natale (Father Christmas) shows up to deliver gifts on Christmas Eve, but even more common–and more Italian–is the befana, the legendary witch who brings presents to good children on the eve of Epiphany. Here are a few gift ideas to bring a bit of Italian Christmas tradition. Buon Natale!

Evoke imagery of citrus groves and Mediterranean breezes with our Orange Blossom print. Use it at Christmas Eve for the traditional dinner of seven fishes and incorporate fresh greenery and gold accents at the holiday table setting. 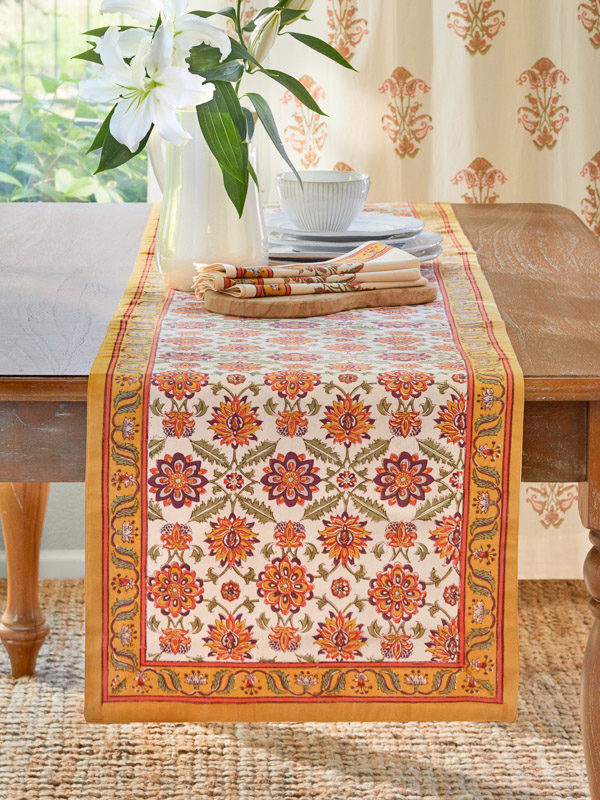 Pair Orange Blossom with holiday dinnerware in rustic reds and gold. Drape lemon-laden branches or fruit bunches down the center of the table runner for a chic centerpiece. 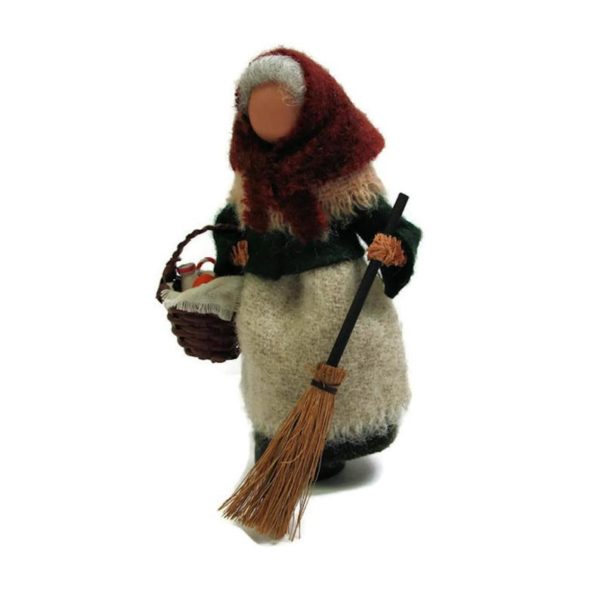 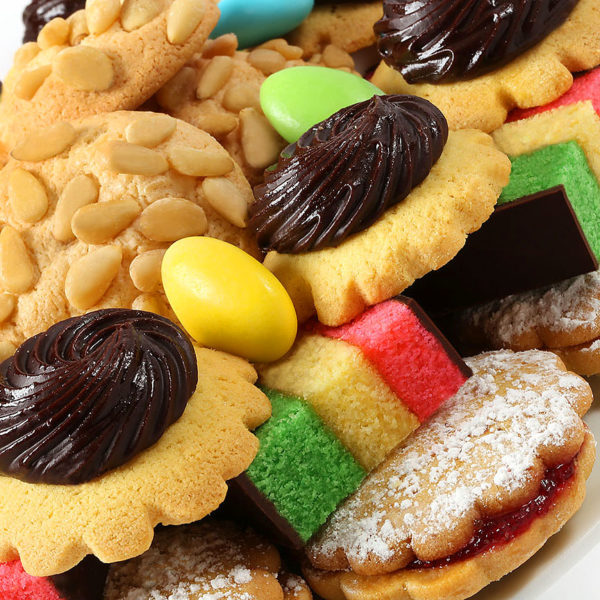 If you don’t live near an Italian bakery, simply order a tray from Little Italy’s favorite baker! After all, no Italian holiday would be complete without a cookie tray offered at dessert.

Celebrate Christmas the French way this year. The French take a different approach to the nativity scene. In Provence the creche extends beyond the manger scene and depicts Provencal village life complete with figurines known as santons (little saints) to portray villagers. The Yule Log also plays a role in a French Christmas–it was originally doused with red wine to improve the fragrance of the log burning!  The French also feast on Christmas Eve (or early Christmas morning) following the midnight church service. The pièce de résistance is the chocolate interpretation of the Yule Log, known as the Bûche De Noël. And French children, of course, anxiously await the arrival of gifts from Père Noël (Father Christmas). Joyeux Noël! 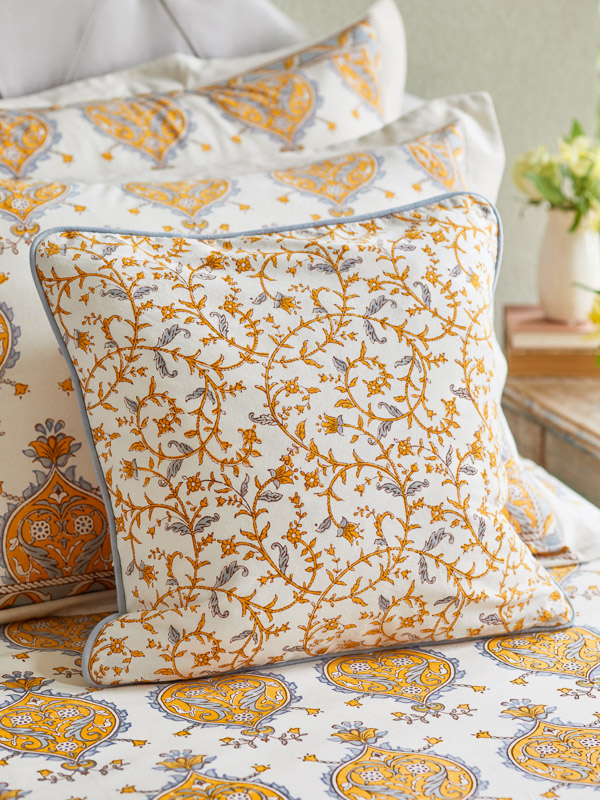 Wrap a few throw pillows with Gardens of Versailles for a touch of French holiday decor. This will be especially on point if your approach to holiday decorating features the elegant color combination of silver and gold. 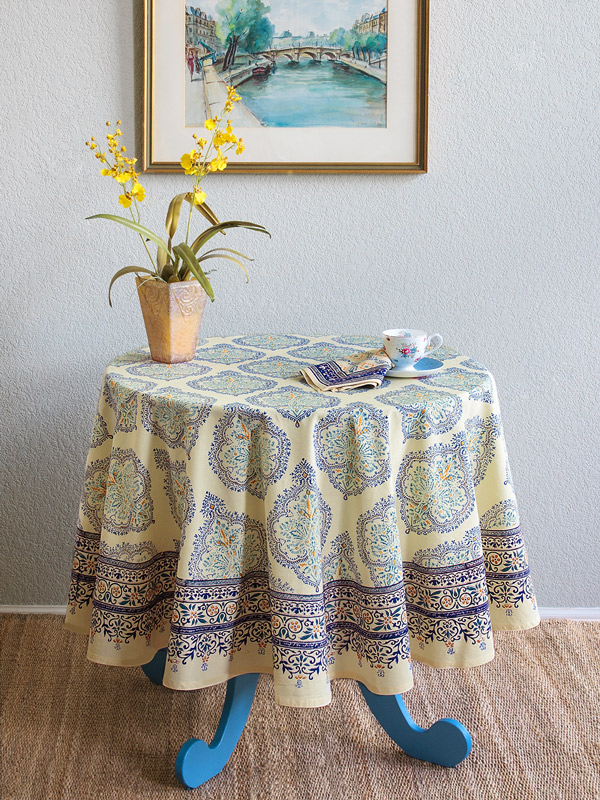 With this delightful spin on traditional French country colors, your days will be merry and bright! 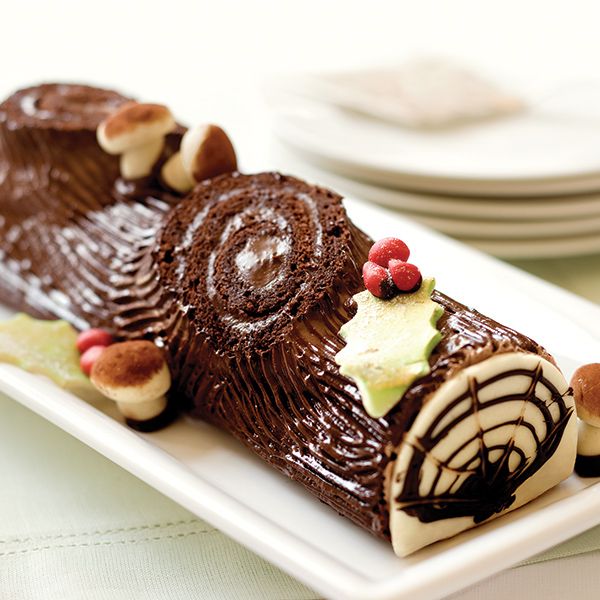 We can get behind a centerpiece that’s as gorgeous as it is delicious! This Buch de Noel, the traditional French yule log treat, makes an impressive and tasty addition to your holiday table. 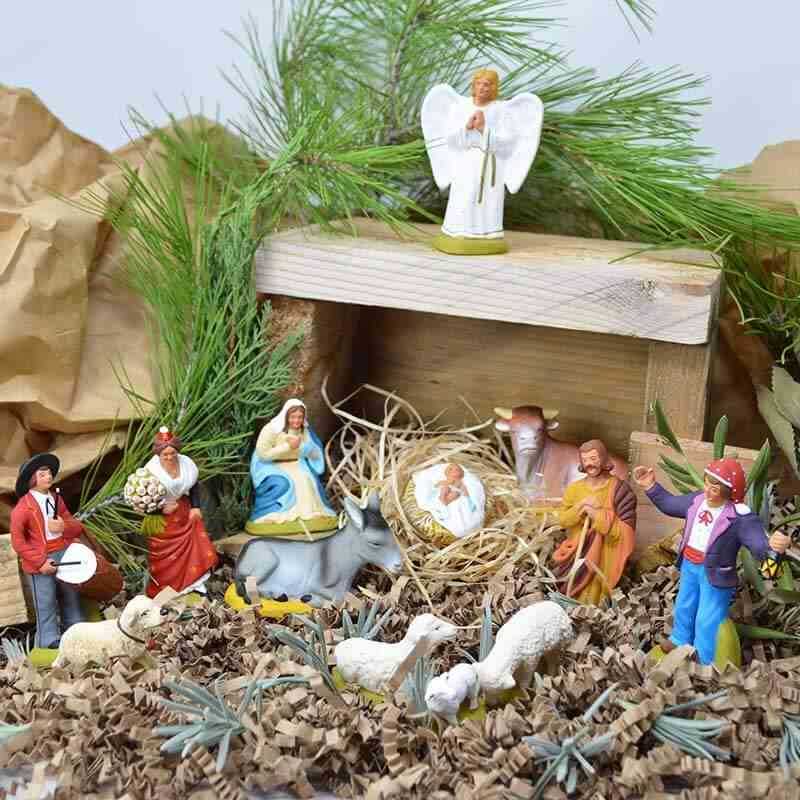 Help the Francophile in your life begin a new tradition with a creche. These santons of Provence are handmade by a santonnier in Aix en Provence.

While Christmas Eve resembles Valentine’s Day and the New Year remains the ultimate winter holiday, Japan’s Christmas is slowly growing in popularity. Some Japanese Christmas traditions found their origins in Western culture and others are distinctly Japanese. For example, Americans don’t head to the KFC drive-thru on Christmas, but millions of Japanese families dine on Kentucky Fried Chicken as their preferred Christmas meal. Grand light displays illuminate the country throughout the holiday season, and people around the country enjoy kurisumasu keki (Christmas cake). The cake is essentially a strawberry shortcake and was chosen for its colors since they represent the color of the Japanese flag. 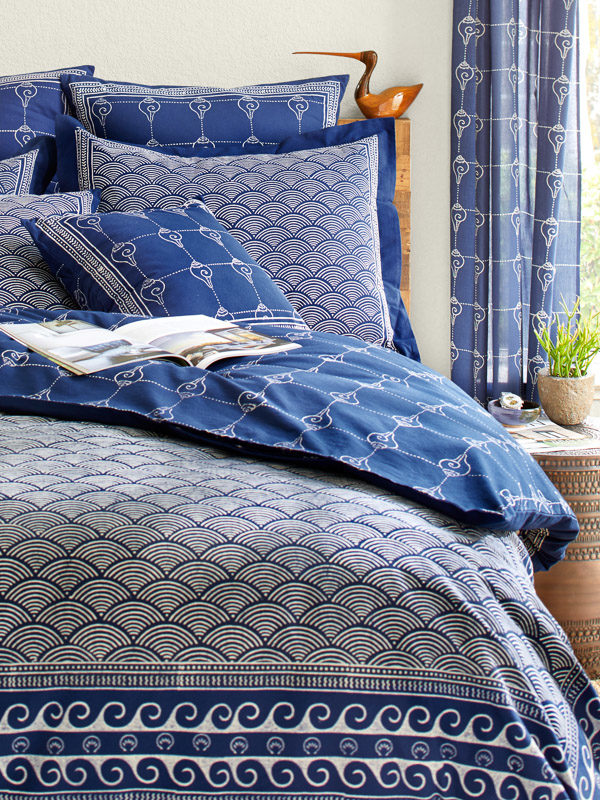 You’ll stay cozy and warm on a cold winter’s night when bundled up in Pacific Blue, a print inspired by the vast sea and Japanese pottery. 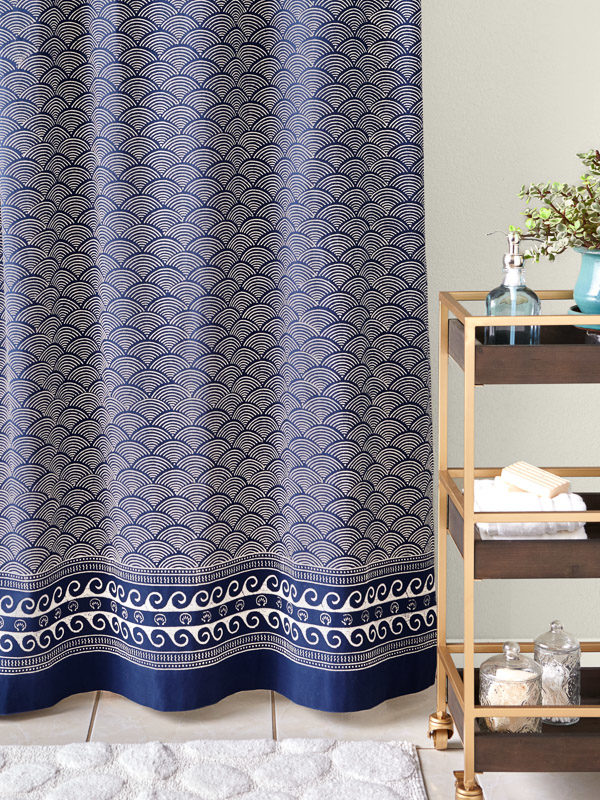 What better place to escape any holiday stress than in a steamy shower? Drape Pacific Blue at the shower and you’ll find your thoughts swimming in the blue sea and inhaling ocean breezes.

For a Japanese spin on your Christmas desserts, choose the strawberry shortcake. A sure treat at holiday gatherings and a tasty treat for a friend who adores Japanese culture! 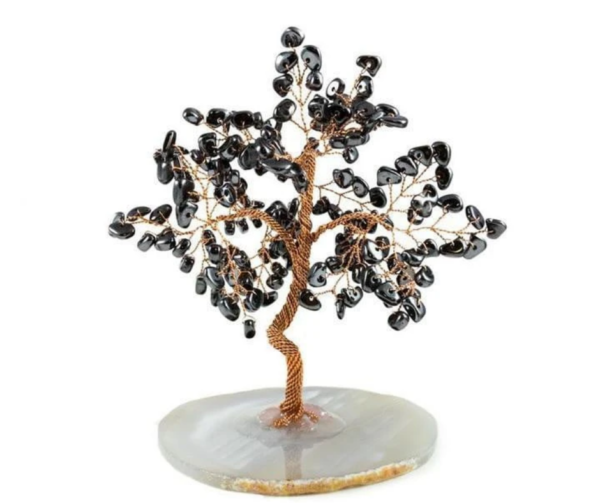 Made with authentic gemstones and wired by hand, this fair trade tree makes for a beautifully artistic interpretation of the Christmas bonsai.

Holiday traditions around the world: England

Just the words “an English Christmas” conjure images of Dicken-esque snowfall and the sounds of Christmas carols, don’t they? While wassailing may not take place as frequently these days, the English still enjoy a cup of good cheer at Christmastime. In fact, many American Christmas traditions stem from Christmas traditions in England. Both Boxing Day and Christmas crackers and crowns began in the UK. (And you might consider Boxing Day a Christmas tradition around the world!) British children write letters to Father Christmas, but instead of sending them to the North Pole, they burn them in the fireplace. (Santa can read the smoke, didn’t you know?)  The children hang stockings at their bedposts and hope to find them filled with goodies come Christmas morning. 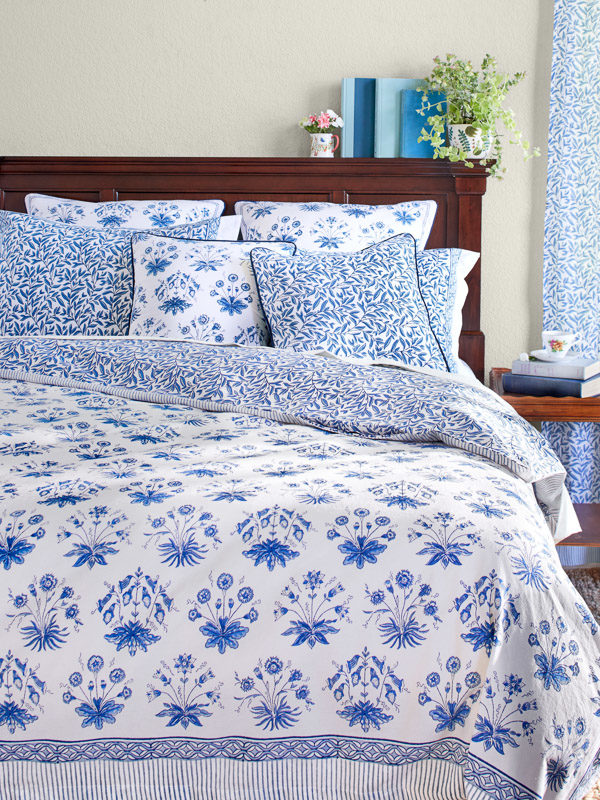 Feel like you’re having an English holiday all winter long with a duvet cover from our William Morris-inspired English Gardens collection. This blue and white block print blends chinoiserie chic with pure cottage style. 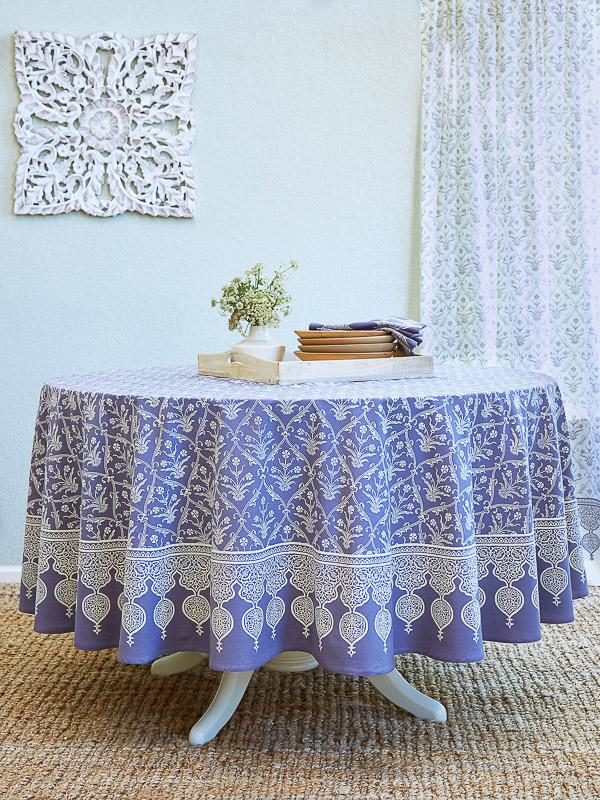 Shopping for your friend who loves all things British? Then present her with these table linens filled with English wildflowers dancing amid an opulent Victorian design. 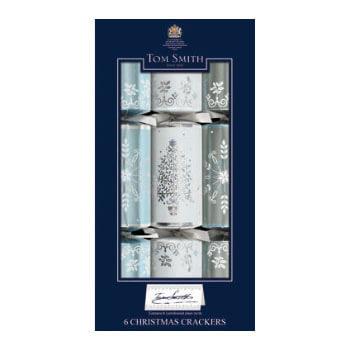 Every English Christmas table setting has to have traditional Christmas crackers! 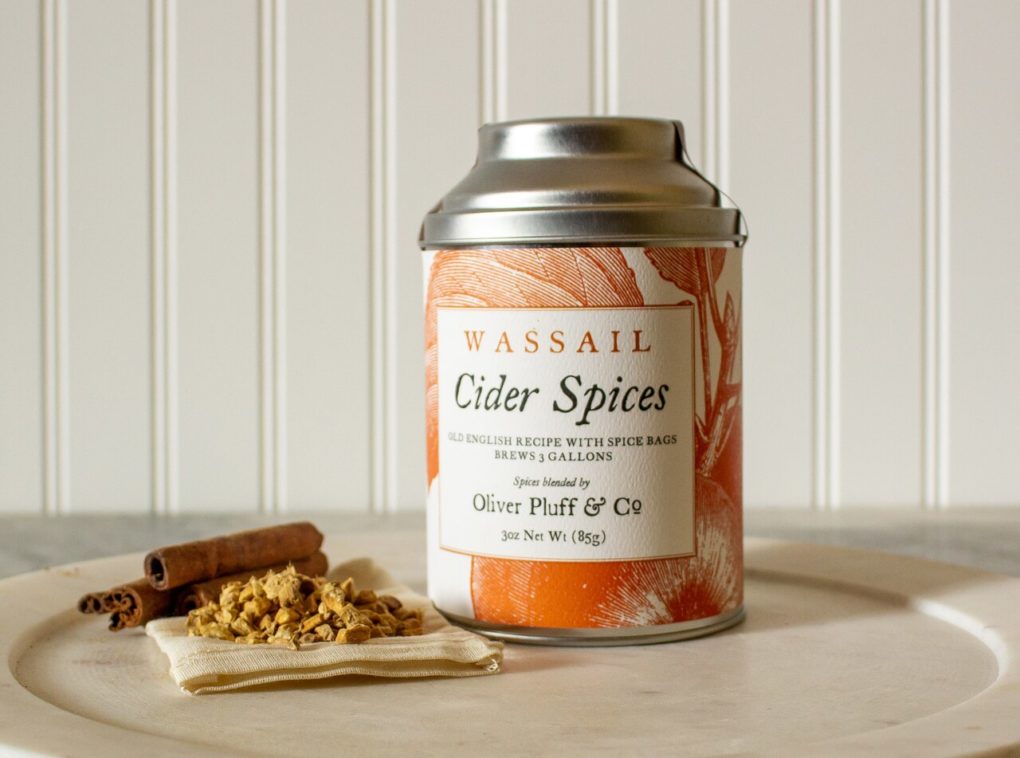 This Old English recipe will bring warmth, spice, and a cozy sense of tradition to your Christmas holiday.  Raise a glass and toast to good health or pair it up with our table linens for a lovely English-themed gift set.

Holiday traditions around the world: India

Christmas traditions in India reflects global influences along with its own decidedly colorful take on the holiday. Roughly 25 million people celebrate Christmas in India. The biggest celebrations take place in Goa and Mumbai, where Christians (predominantly Catholics) attend the midnight mass. Goa, the epicenter for Christmas in India, has a historical connection to Portugal and that carries into some holiday customs, such as the Kuswar. Families spend weeks preparing platters of up to 22 traditional sweets! On Christmas Eve, the whole family attends midnight mass at churches graced with abundant poinsettias and candlelight and later feast on pork vindaloo. Paper lantern stars strung between houses form a festive, illuminated display. 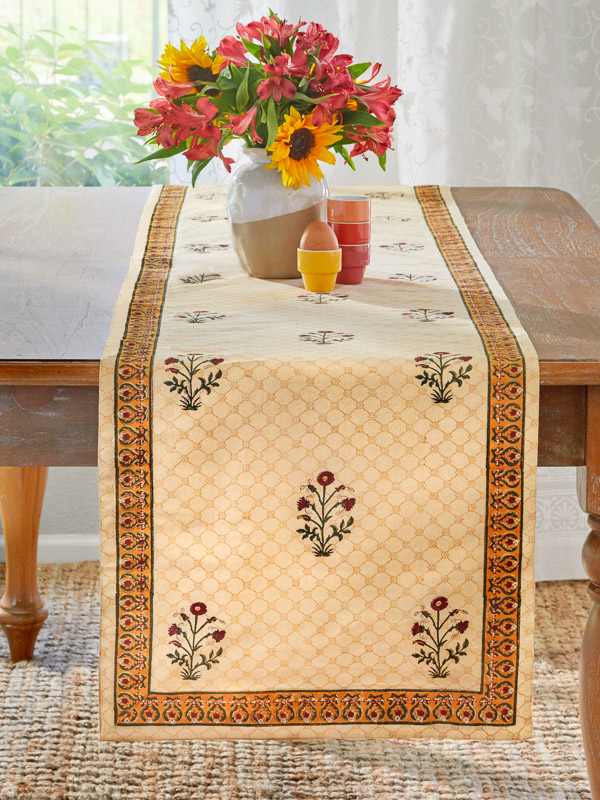 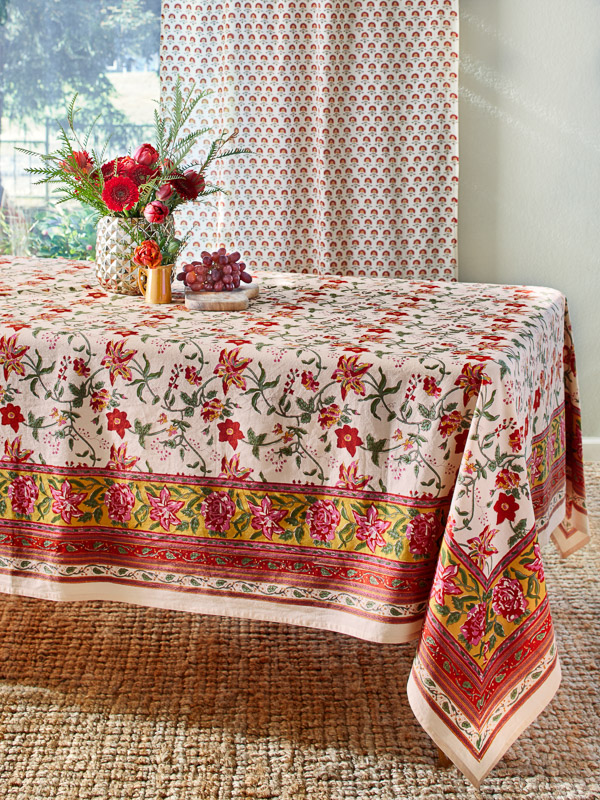 Not only does this floral tablecloth make a beautiful gift, it would also look gorgeous on your Christmas dinner table. Simply add a poinsettia or two for instant holiday style. 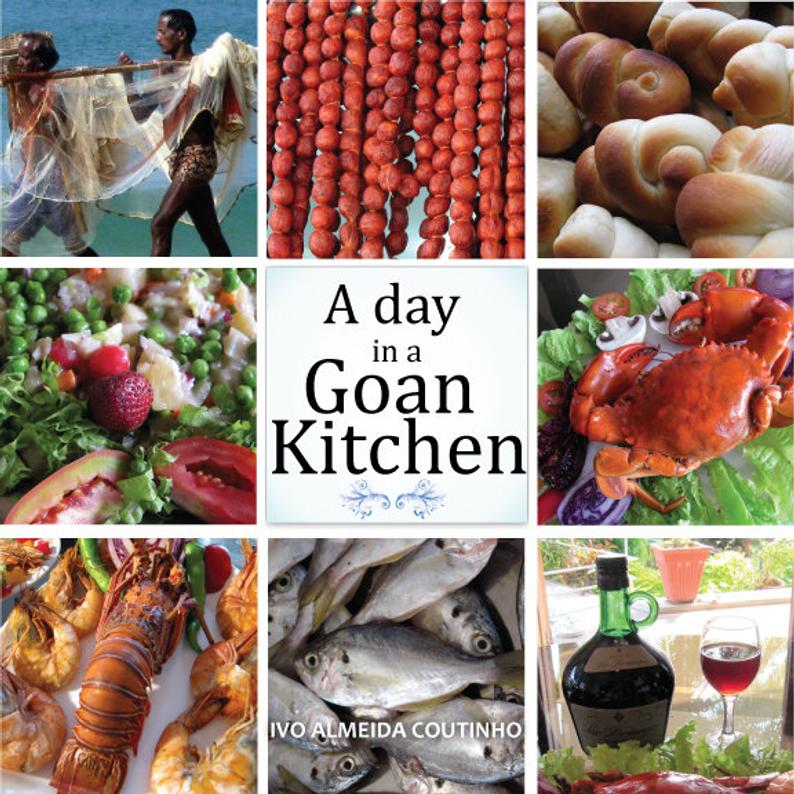 A Day In A Goan Kitchen

Invite delectable, unique Goan cuisine to your table and try your hand at making some Goan Christmas sweets of your own with the recipes in this book. 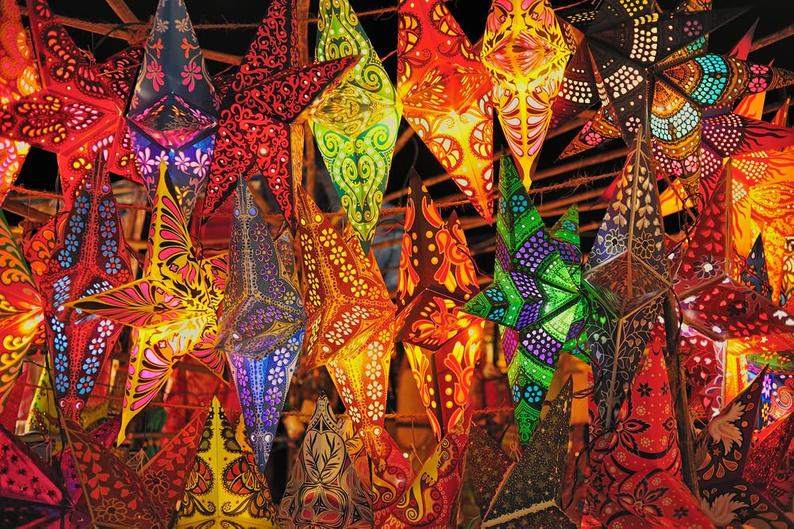 Set a festive mood with these vibrant, elegant paper star lanterns and your holiday will feel merry and bright!

Searching for the perfect holiday gift? We’ve put together a Decor and Gift guide this holiday season to help with your shopping–for yourself as well as for others!

This Christmas Gift Guide offers handmade gift ideas for everyone on your list, including Christmas gift ideas for your friends, for your parents who have everything, and for that hard-to-shop for person in your life. We have gift suggestions from everyone from your grandmother to your best friend!  If you’re wondering what to give for… (Read more ») 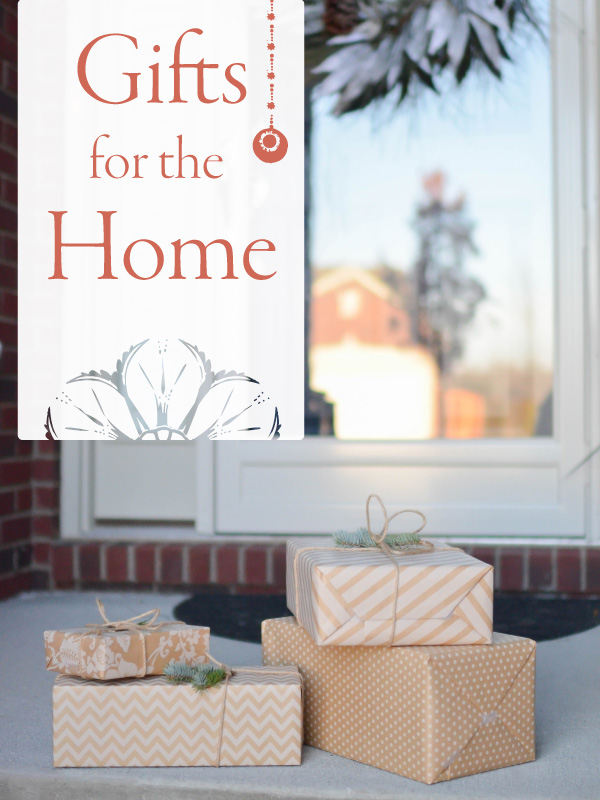 This holiday season, present your nearest and dearest with one of these gifts for the home. In this guide you’ll find classic home decor gifts with refined style that will look great in any space. These gifts for home compose such a beautiful blend of form and function that you might want to grab some… (Read more ») 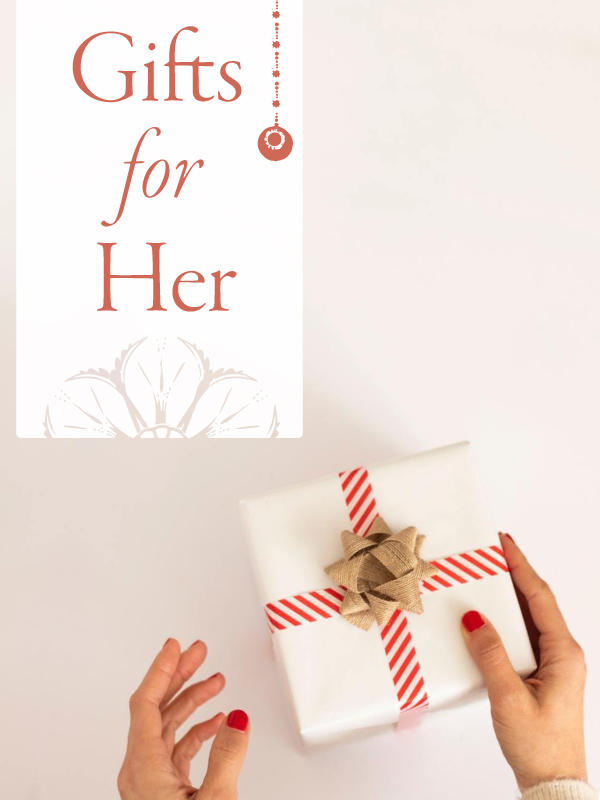 Moms, sisters, in-laws, faraway friends–it can be a challenge to find just the right Christmas gifts for her. Luckily, we’ve curated this guide to unique Christmas presents for women that are guaranteed to bring comfort and joy throughout the year. In this guide, you’ll find meaningful gifts for mom (or your mother-in-law),  fair trade gifts,… (Read more »)